A Dinosaur With Swanlike Neck And Flippers 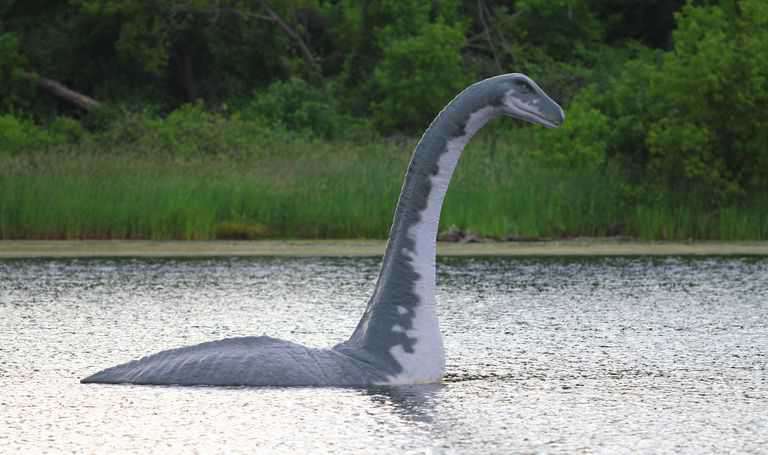 This dinosaur has a swan-like neck, amphibious flippers and Velociraptor-esque claws and it could also walk like a duck and swim like a penguin during its heyday on Earth, scientists have found after examining its fossilized remains.

In addition, the remains, which were on the felonious market for years, painted such a quirky image of a dinosaur that paleontologists thought it was a fake at first.

The results of this discovery revealed that this bird-like dinosaur was likely semiaquatic and felt like home in the water. This result came as a surprise because the newfound species is a theropod which means a group of bipedal, mostly meat-eating dinosaurs that includes Tyrannosaurus rex — and it's considered that most of the theropods didn't spend much time in the water, the researchers said.

This newly identified species of the enigmatic animal likely swam with its flipper-like arms, and its long neck likely helped it with foraging and ambush hunting, the researchers discovered.

The newfound dinosaur hails from Ukhaa Tolgod, a dinosaur graveyard in southern Mongolia. This newfound dinosaur was named as Halszkaraptor escuilliei, or "Halszka" by the researchers for honoring Halszka Osmólska (1930-2008), a Polish paleontologist who specialized in Mongolian dinosaurs.

"Illegally exported from Mongolia, Halszka resided in private collections around the world before it was acquired in 2015 and offered to paleontologists for study and to prepare its return to Mongolia," study senior researcher Pascal Godefroit, a paleontologist at the Royal Belgian Institute of Natural Sciences in Brussels, said in a statement.

Once H. escuilliei was safely delivered to scientists, they set about analyzing it. But the bizarre dinosaur didn't fit into any of the predatory dinosaur groups known from Mongolia. Rather, it had a mix of reptilian, avian and amphibian characteristics. It even had sickle-like "killer claws" on its feet, like those of Velociraptor, the researchers noted

"The first time I examined the specimen, I even questioned whether it was a genuine fossil," Andrea Cau, a paleontologist at the Geological Museum Giovanni Capellini in Bologna, Italy, said in the statement while studying this remain.

To ensure the specimen was real, and not a fake configured on the black market, the researchers analyzed it with synchrotron multi-resolution X-ray microtomography. This method proved to be useful as it helped to take multiple X-rays that were 100 billion times more powerful than X-rays used in hospitals. The scientists then collected these X-rays to create a virtual 3D image of the dinosaur.

It was revealed by the results that the specimen appeared to be a genuine animal, and not a fake specimen pieced together from different fossils, concluded from the study by the co-researcher Dennis Voeten, a researcher at the European Synchrotron Radiation Facility (ESRF).

Study by Vincent Beyrand discloses that this newly found dinosaur has a number of teeth in its mouth which can't be seen with the naked eye,

The synchrotron also showed that this newly found dinosaur Halszka walked on two legs when on land, like the modern ducks. While in the water, Halszka likely used its "flippers" to swim, just like penguins, the researchers said.

Despite having these odd features but this dinosaur isn't the only bizarre dinosaur from the Gobi Desert. It is also revealed that Mongolian theropods are closely related to the Halszka, inducing the researchers to create a new group Halszkaraptorinae, a subfamily of the dromaeosaurs

However, some of the scientists are still in doubt about Halszka's validity.

A paleontologist at the University of Edinburgh, Steve Brusatte, said that the found remains could be a weird new type of dinosaur, but because the specimen was collected by poachers and sold on the black market, he is just not 100 percent sure if it hasn't been altered.

Even though there is uncertainty in the remains found then also Brusatte said that he is very excited about this fossil, but he thinks that it raises more questions than it answers, and they will probably be debating about it for years.

The study was published online yesterday (Dec. 6) in the journal Nature.