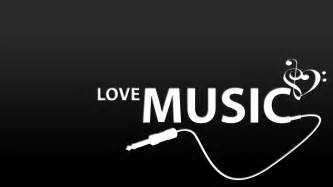 Music is the art of combining vocal and or instrumental sounds together to create expressions of an effect, like emotions and situations. Music can describe feelings and thoughts that many people can have. Music is a noun that means musica in Latin and has originated from the Greek word muse. Music can also be described by using other words like melody, harmony, and song. Music is a natural tool because it is a way of communication. When animals sing their songs to one another, this is music used for mating. Humans use music for many different reasons.

For expression and or communication purposes, music has many other great uses. Music can also benefit a person's health and even their mood. Studies have shown that people who are interested and listen to music are much smarter, retain more information, and are in better moods for longer periods of time than the people who are not interested in listening to any music at all throughout the day. Music should be included in everyone's life, either the radio or even online, for an expression of themselves.

Music has its existence as long as we can collectively remember. Same is the case with Musical instruments. Yet no one knows why we love music, or what function, if any, it serves.

Researchers have yet to find a "music center" in the brain.similiar to any other of the higher-order processes and these tasks are involved in processing and enjoying music and also are distributed across several brain areas.

It is found in a study that when focusing on harmony in a piece, a subject experiences increased activity in the right temporal lobe's auditory areas. There are many studies which have shown the temporal lobe to be one key region for understanding certain musical features. But it works closely with areas in the frontal lobe responsible for forming meaningful musical syntax (or structure).

Their studies have focused on our emotional responses to music.

An experiment held in 2001 at McGill College used brain scans to study the neural mechanics of the goosebumps that great music can sometimes induce. They in their research found that the brain structures activated are the same regions linked to other euphoric stimuli, such as food, sex and drugs.

Music helps in such a way that blood flow in the brain rises and falls to swells of music in areas associated with reward, emotion and arousal.

As stimulation for food and sex are important for an organism's survival, the fact that similar neural activity is observed in responses to features in music suggests that there could be some evolutionary advantage to the ability to hear — or hum — a good tune.