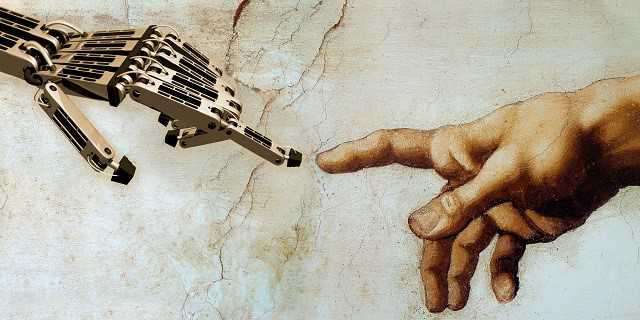 Science Fiction, or as it is popularly known, Sci-Fi, has long held on to the fantasies of both alien life and artificial intelligence. Even more so, if both could be available together. In so far as alien life is concerned, locating it, in a satisfactory form on Earth, hasn’t been possible so far, but artificial intelligence can and has been constructed. From intelligent computers to androids to robots simulated to look like humans, the world of science fiction has only grown larger and wider.

As the varieties of human-like machines have grown, so have the capabilities they can wield, and the characteristics that they display. Androids have gained not just motion and speech, but reasoning abilities and a growing sense of individuality, which has led to a slew of interpretations on both sides of the moral divide.

The long-anticipated film "Blade Runner 2049", the sequel to the 1982 “Blade Runner" film,  heralds the return of the replicants on the big screen, ready to rebel against the humans and be subsequently hunted down and put down for good, once again. Probably.

Mainstays of science fiction, androids may have been artificially constructed to resemble humans, but they have served a wider purpose. Through films and literature, non-human beings of near-human intelligence, made by humans to serve and protect them, have filled various roles. Whether they be fugitives from an all too human law, remorseless and unstoppable killing machines, costumed and caped superheroes, or space-faring science officers, androids have opened a domain of non-human or super-human possibility to be explored for entertainment and philosophical debate.

Aspects of how these human look-alikes appear or behave usually distinguish them from the regular people.

Who are all created to complete a human family. These humanoid robots were made to deliver human emotion in an eerily accurate reflection of real human behavior.

It remains, however, in the many ways in which these humanoid beings resemble us that compels viewers and readers alike to empathize, either with their characters or their victims. This leads to a further re-examination, questioning and reflection into the depths of our own selves.

So perhaps, like every non-human, human look-alike ever to grace our collective imaginations, androids too were created to serve the greater purpose. That of finding within ourselves the answer to the oldest question mankind has ever had: Who am I? From the long list of androids populating our cinema-scape, it doesn’t seem like that question will be answered anytime soon.