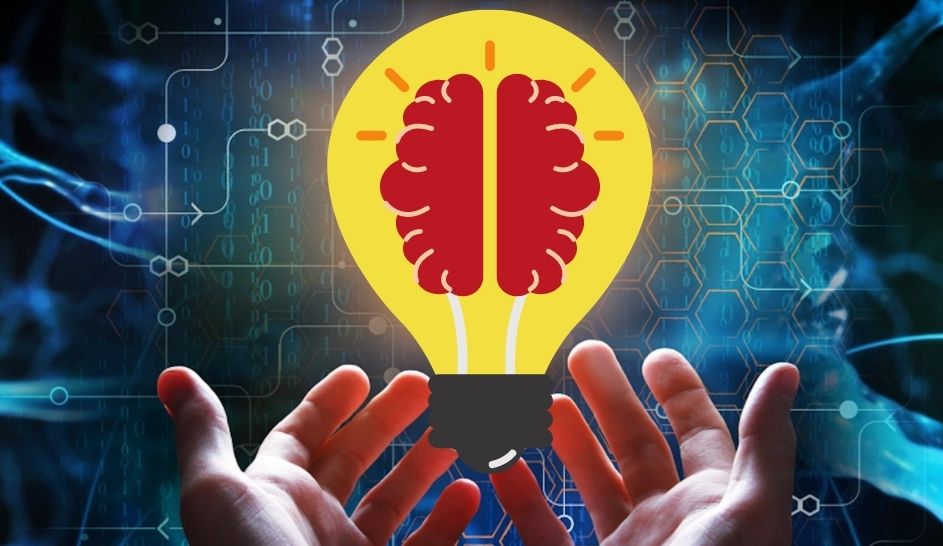 Anywhere information goes even in the mind, energy also goes with it. Bottling up that energy and that has mass which is equal to the weight of a thought.

So our next question is how much energy is actually there in that neuron electricity?

This is about a 100,000,000 neuron it is the part of the brain that will pin you when you see anyone’s face.it is called the Fusiform Form Area and The Neuron weighs as much as a paper clip but what is the weight of a thought going through those neurons.

What is a thought? Is it a dream? Is it a reflex? How are we able to recognize somebody from their face?

At the moment you recognize somebody, that about 1/10th of a second, even if they don't recognize you, the electricity that escalates through those neurons has a combined energy of about a billionth of a joule. And this amount of energy is required to lift an eyelash just a few inches in order to make a wish.

How much would a thought outside a brain weigh, just disembodied

What's a thought but information?

And there's a precise relationship between information and energy. The smallest amount of information is one bit: 0 or 1, yes or no, happy or sad. To record 100 million bits of information at room temperature, you'd need the energy of one visible photon.

So think what your current thoughts are.? It is probably the mental image of what's on this screen and if it is that so how much information is that?

Each colored pixel has 24 bits of information, and your screen has about 5 million pixels. That's 100 million bits of information in the image that you're seeing right now. And to record that much information, you'd need the energy of a million visible photons, that's the number of photons you'd get if you looked at a star in the night sky for about a minute or two.

No, that's not heavy

So a single fleeting thought isn't that heavy.

It is not heavy but doesn’t you think our brain usually thinks a lot of things all at once. And whether you're solving a puzzle or dreaming, your brain runs on a fairly steady 20 watts of power, that's the same as a single compact fluorescent light bulb.

Only about 10 percent of that is being used for electrical signals in your brain. But if we assume the rest of it is in some way supporting your ability to have thoughts. Then, over a lifetime, that adds up.

So in conclusion, it can be said that a lifetime of thought, bottled up, weighs about as much as one mosquito.